Previous: Logging In Index Next: The Lobby and Controls

Once logged on, you can select either an empty or used character slot to create a character. 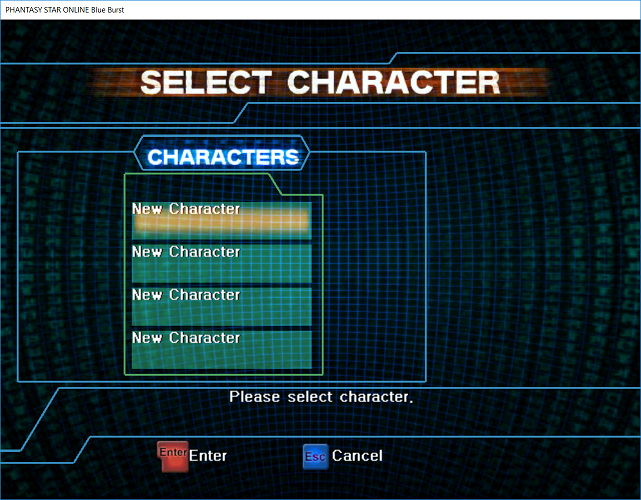 You will be presented with a list of classes to choose from for your new character. 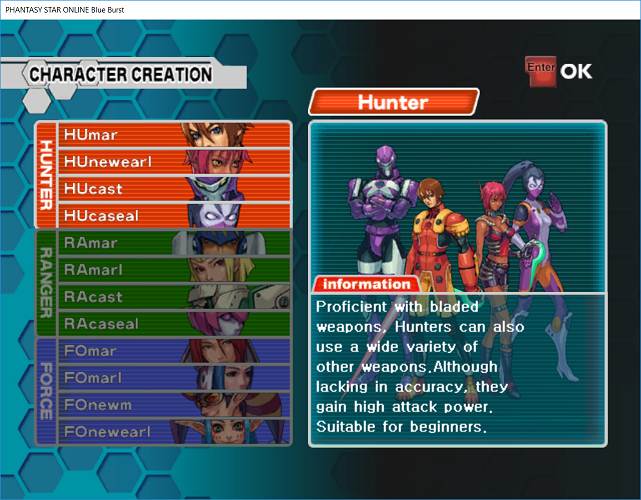 There is a description for each character class but the general idea is that Hunters are for those who like to be in the face of danger, up close and personal with their foes. Rangers, however, prefer to attack from afar, using various different guns. Forces, also prefer to attack from afar, but use techniques instead of weaponry to eradicate their enemies. Forces are also often the support glue that holds the party together, casting various buffs, debuffs, and healing party members who are injured.

All classes have different stat growth patterns and some are better than others when it comes to maxing out stats.

Once you’ve decided on a class for your character, you will be presented with a screen in which you can customize the look of your character. You can adjust things like head, face, hair, body, clothes, proportion, and, of course, your name. 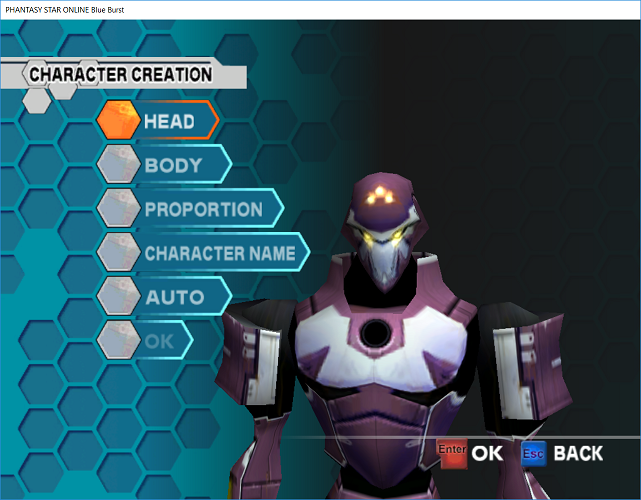 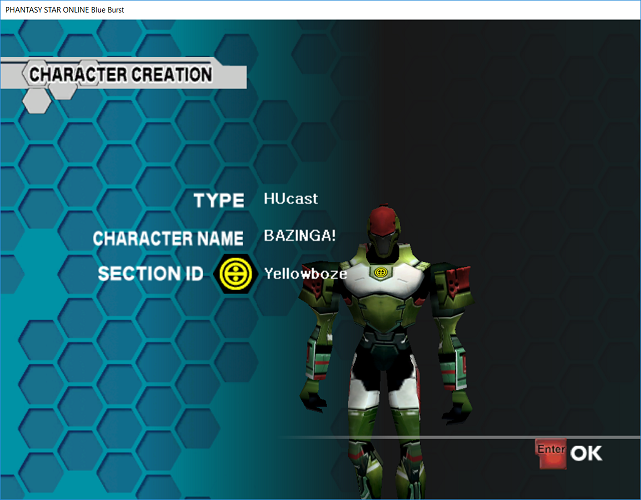 Previous: Logging In Index Next: The Lobby and Controls