What Ephinea Brings To The Table

Compared to most other PSOBB servers out there, Ephinea brings a lot more to the table.

In addition to not messing with the core mechanics of the game to the point that you need to pay-to-win, we’re completely free to play. We don’t even take donations.

As a bonus of being ran by the creator of the same software that most other PSOBB server operators are using, Ephinea gets all the new features first.

Some of the features you will find on Ephinea and no where else are:

Instead of having to run around tagging for experience and making sure you’re in the vicinity for dropped items, Ephinea incorporates modern experience and drop systems.

Experience will be shared with all players in the vicinity with no reductions and no need to tag enemies, ensuring all players keep up with each other regardless of how they choose to contribute.

Drops are also individual, with no downsides, so there’s no need to worry about having the items you’re looking for stolen, and can focus on contributing to your party.

Note that Battle and Challenge modes do not use these systems, and both are also optional.

For those who want a classic experience more similar to that of the Gamecube and Xbox days, Ephinea offers a special ship for players to re-experience Episode I & II online on PC.

In the Episode I & II Mode, there are no special server boosts, or features such as the Hunters Boost Road or Anguish Levels, giving players a pure classic experience.

To play classic, join the ship “US/Devaloka” on a new character and create/join a party to have the character flagged as a classic character.

Inspired by Diablo 3’s “Torment” levels, Anguish levels are an optional system that can boost the parameters of Ultimate mode enemies by as little or as much as you want.

By setting an Anguish level before creating an Ultimate difficulty game, monster parameters such as damage, HP, accuracy, techniques, and resistances will be increased, making the battle more difficult.

With a higher difficulty, the amount of meseta, rare find and experience will also increase. Experience some epic boss fights while having fun finding that rare item you want!

A new experience with the Ultimate difficulty Challenge mode!

In previous versions of PSO, Challenge mode could only be ran on the Normal difficulty.

With Ephinea, we’ve added a new Ultimate difficulty version of Challenge mode with our own custom character load outs and levels.

Try your best to get the best time under these new circumstances!

This system can also be turned off and not used.

When this system is used, certain class and gender combinations will have a boost to their rare item finding rate. The favored combinations change each day, which make your hunts all the more exciting! 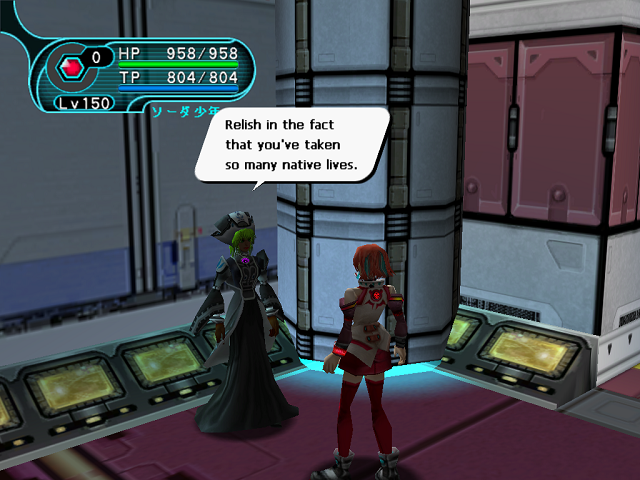 Every month, we pick four to five quests to highlight. When players play these quests, they accumulate boost points which boost the overall drop rate when running the highlighted quests.

Due to the fact that the boosts are cumulative amongst party members, running these quests with a group of people will enable you to find many items. Common items included.

Your boost points are shared across difficulties and across your account, so getting a lot of points with one of your higher level characters can help your lower level characters find items and equipment when they also run the quests.

In Sandbox mode, you can make items, level up, and manipulate your character via server commands.

If you’d like to know more about this mode in detail, please check out the forum topic Is PSO old to you? 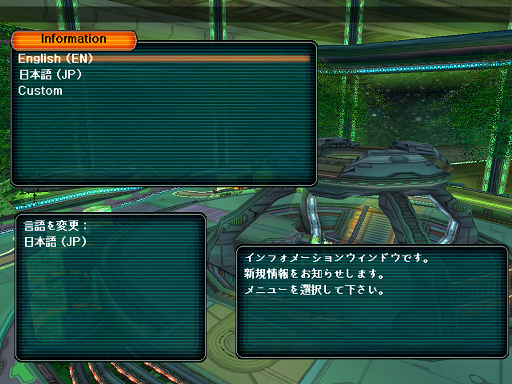 As of right now, only Japanese and English languages are supported, but when selecting the language of your choice, the entire interface of the client, game, and quests are presented to you in your language. 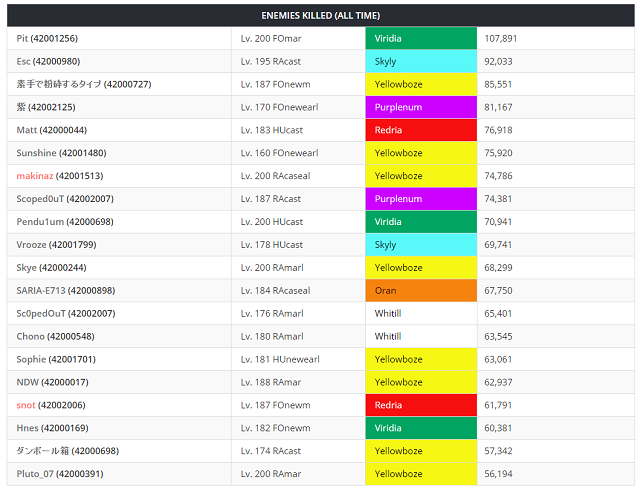 Are you the competitive type? Strive your best to climb the Ephinea leaderboards in the categories you care about.

Occasionally, Ephinea will hold special Time Attack events in which those who score on the leaderboards will get unique prizes you cannot get anywhere else and only at that time.

Do your best during these events and be rewarded handsomely!

Many custom commands to make your life easier as a Hunter. 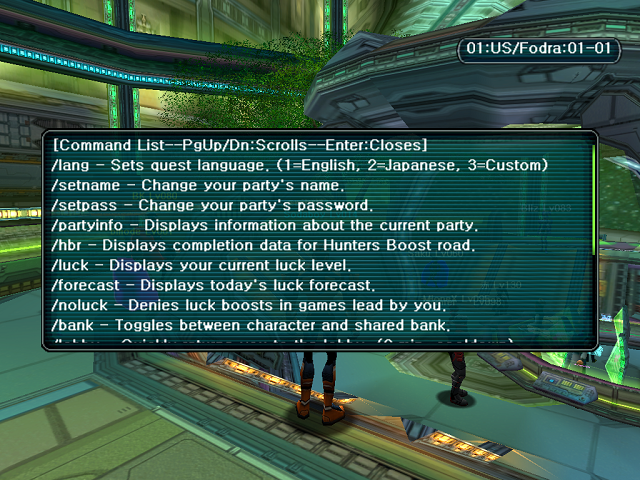 This includes the ability to pick your own Section ID, regardless of character name!
These commands can be found out by typing /help while in the lobby. 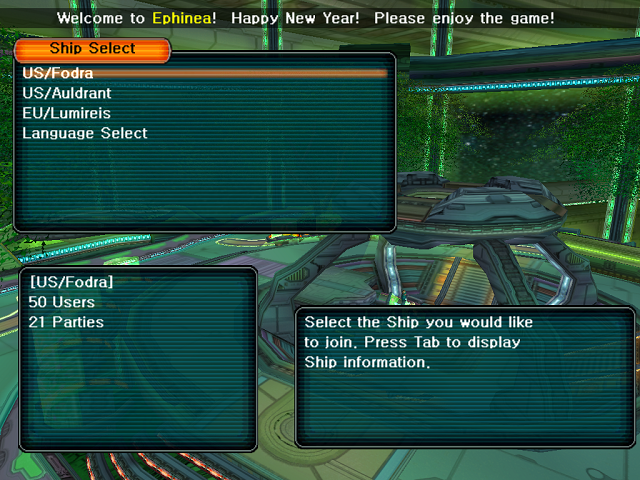 Listen, we don’t like a laggy game and I’m sure you don’t either. That’s why we also have servers located in different regions of the World so that you can play an experience that is as lag-free as possible. 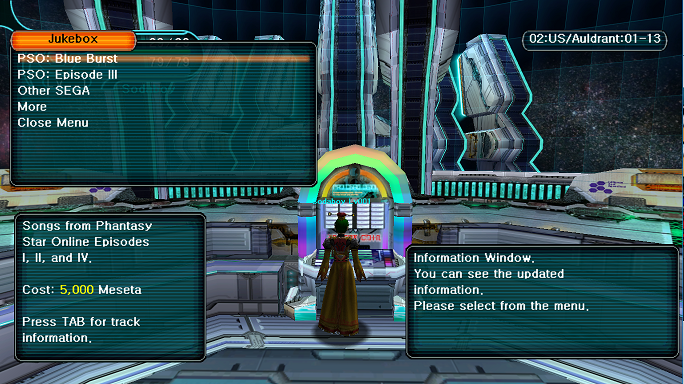 You can sit around and chat (or even dance!) with all of your fellow Hunters while jamming to some sick tunes! In every lobby, you can change the music by paying a small fee from a list of awesome soundtracks.

A feature borrowed from Phantasy Star Online Episode III, now available to the other episodes of PSO!

For a more in-depth look at Ephinea, please check here!